LOS ANGELES, CA – March 25, 2015  The Vet Hunters Military Motorcycle Club, the Patriot Guard Riders and the Armenian Brigade will be thundering through Los Angeles escorting the Medal of Honor Society’s Medals of Honor of World War Two Private First Class Silvestre S. Herrera, Korean Conflict Corporal Rodolfo P. Hernandez and the American Flag which flew over the Battleship the USS Missouri when the Japanese signed their Instrument of Surrender in Tokyo Bay on September 2, 1945.

The Medals and flag will be carried in a Los Angeles Police Department vehicle which will lead the “Rolling Thunder” to the Eugene A. Obregon Memorial Foundation’s “Medal of Honor Day.”

This ceremony is covered by all branches of media and serves the greater Los Angeles area.

Farewell 2014 - Thank you for everything


So here we are, the first true week of 2015. I remember vividly posting “2014, you’re weird” and weird it was. Oh, don’t misunderstand, 2014 was a great year. Along with it came abundance, health, happiness, love, yet, it had lessons that I never thought I would have to learn again. I’ve never felt so ostracized and unappreciated in my life. Although I have visited that place before, it had been a while, you see, I had developed an antibody for that situation and the emotions that come along. Although still painful, I’ve crossed over to the other side.

In 2014, I had to put my goals aside, although I did fight for them, I had to sit for a bit and nurture the dreams and goals of others. Knowing I was not going to accomplish all I set out to, I held tight to a few.

In 2014 I lost 20 lbs., I made financial decisions that were scary to make but I knew, I just knew, I blessed, yes, in 2014, I blessed, I helped women see, I helped them grow. I told my story to many while television recorded. I was invited to the Mayors home for dinner. I made new friends, I closed chapters, I got closer to me, I grew more confident in my thinking; my woman’s intuition, my experience, my knowledge.

In 2014, I had to purge a couple of people but God sent me angels in my girlfriends to catch me, to reassure me that I was precious to them. They comforted me and for that, for them, I am indebted.

In 2014 my daughter went to Cambodia, started her 2nd year of college, my son became a police officer and got married, my husband got a promotion, I became a mom again to a little Yorki I named Fonzi, my cousin was healed from cancer while another went home, I saw Lionel Richie, The Eagles and Bruno Mars in concert, attended weddings, made the newspaper, made the evening news, I loved, I cried, I laughed and most of all, I grew stronger , wiser and I solidified my relationship with that girl, the one who knows me, the one who is confident, eager, driven, focused, the one who planted her roots like a tree, the one who is still standing strong.

At 12 midnight on December 31, 2014, I waved farewell to the year passing. As I gave my hugs to those in the room, I silently wished health, happiness and prosperity.  I prayed that they would come to know the God I serve, the one who saved me. 2014 was a great year and I am thankful I was a part of it.

As the minutes began to pass, I said “Hello” to the New Year. I welcomed 2015. I want to befriend it, I want to live in it, I want to get all the good out of it and I want to scream out to the world, “I am here!”

My 2015 will bring new adventures that are going to get me out of my comfort zone. How do I know this? Because I will be the one creating the opportunities…………..

A MOTHER'S DAY POEM FOR MOM

Here's a story about a woman who brought 3 girls into the world.

Her heart content with the family she created, she fought hard to keep it together. Life was good.

Then, one day, she found herself alone, with only her 3 little girls. Lost & broke she often cried at her circumstance. Determined to keep her girls together & give them a good life, she went to work in a huge commercial bakery. The nightingale of the graveyard shift would be her name, for that shift allowed her to see her girls. Her body ached & sleep would be for the fortunate. The thought of failure often visited.

She loved music & dancing, for she knew the importance of spirit. She taught me to dance in the rain, make lemonade when life hands you lemons, she taught me to stand up for myself and to follow my dreams. She told me to travel the world and not to take life so seriously.

Many have called her crazy, but, she never was. The only thing she was crazy about were her 3 girls.

Happy Mothers Day Mom!
Posted by JULIE SANDS at 8:37 AM

I CAN'T SAY IT WAS A CRAPPY YEAR. AFTERALL, I'M STILL HERE AND I LOVE IT!

As 2013 is nearing the end, I stop to reflect on the events that took place in my life, and those that didn't.

I can remember so clearly January 2013, taking a moment to sit with myself and write my goals for the year. I was certain they would all be met. Then April came around and my list was no where to be found. She was somewhere by herself on a long forgotten notepad. Perhaps it became a coaster for my morning coffee cup. Although not in my presence and maybe in a rubble of scrap writings I tend to collect, she was always on my mind. I knew what I had written months before. The Chinese I was going to learn, the keyboard; yeah, yeah I was going to learn the keyboard, and those stubborn last 10 lbs - they were gone.

Then came July. Crap! JULY! My long-lost list, no where to be found. She was so powerful in January. She had electrified me, beamed me up and made me feel invincible. But I had put her aside to handle life. You see, I couldn't foresee what was ahead. I didn't know what I would experience in 2013. I had it all planned out! But, there were other lessons for me to learn first - I guess.  Like how to handle a career that is on fire and successfully keep your 24 year marriage alive and well and the children, the reason for life, how to make sure they feel your love and presence - for my husband and children I am most thankful. And, how to handle friends that let you down. How to handle the piercing words that are shot at you like a fiery dart by the ones you thought to be the closest to you. How to accept that you aren't as great as you tried to be in others eyes. That all your efforts, weren't enough to some.

Then there was the graduation ceremony.  My little girl, the one I cradled in my arms- graduating from high school, and that boyfriend break-up (oy vey), and my son getting engaged to be married (faints)! Or losing my gallbladder! What the heck? My gallbladder?!!

I found myself this year. Not that I didn't know myself before. I did. I passed that stage. I'm talking about the "me" that says, "so what, I am who I am!" At all cost. And those who chose to take a seat in my train, must do it with love, compassion and a desire to wish me well. I'm on the other side now, and it feels great!

Life has a way of putting you through a dryer cycle but I know that God is in control. I've trusted him since I was 11 years old. There wasn't a day I didn't pray. I was in constant communication with the Man upstairs. I knew he had my back and I knew I would pull through the upsets.The lesson: Always rise above your situation. Always know that God can see you through and most of all, never give up on your dreams.

January 2013 held many promises then, but today, I realize although I set those goals, I wasn't ready yet. I still had some clearing out to do.

BOYLE HEIGHTS, CA -  MEMORIAL DAY, MAY 27, 2013  The extremely popular local ceremony is once again being held at the intersection commonly known as Cinco Puntos near the Mexican-American All Wars Memorial.
State, County, Local officials, Media, Veterans from the surrounding areas and far beyond gather at this ceremony to reflect and show their gratitude to those who have served.

This year’s ceremony will feature:

This ceremony is covered by all branches of media & serves the greater Los Angeles area.

YOUR LIFE CAN BE AMAZING! BELIEVE IN YOURSELF!

Once there was a girl.... and she was unique and talented and interesting and amazing and unforgettable....and real. And she knew, deep down, that if she tried something and things didn't go as she had hoped or wanted or dreamed or planned, she could just try something different or try the exact same thing again but approach it in a new or different way.

Then one day, her greatest hopes and dreams actually became true........

And her life was full of all these amazing and unforgettable moments and events and circumstances: incredible wins, of course, but also equally incredible-and worth it- losses. Because no matter what happened, she learned from everything around her and everything she went through.

Yes, she fell sometimes (like everybody else does), but she got up and moved forward by always being true to herself....

And maybe one day she will even make a path for others to follow...until they can make their own paths, too.

You see, it is not that she was never frightened or sad or even knew when she woke up each day what to do (no one does). It was simply that she believed in herself and always shined on like a star...

VISITORS FROM ALL OVER THE WORLD READ THIS BLOG! 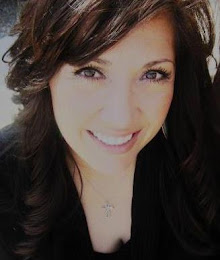 Thank you for visiting my blog. I hope you enjoy my unconventional writing skills which allow me to type what I want without any boundaries. I am a Speaker & Author. I coach women on how to live an amazing life through faith, forgiveness & self confidence. My desire for you is that you realize that life can be great and that you can make ALL your dreams come true; if you believe!